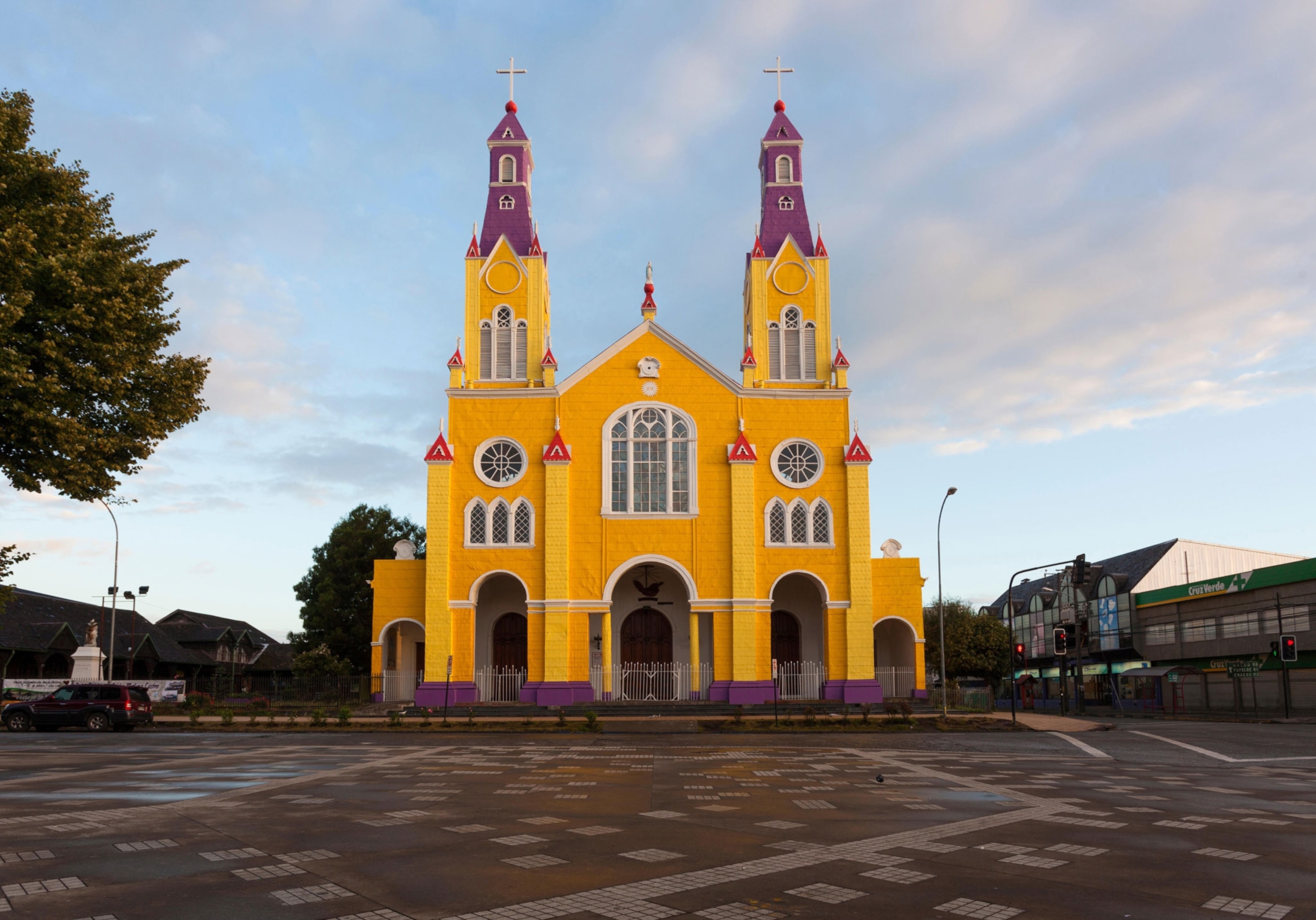 Out of 70 churches built using this technique, 16 survived the centuries.

Off the coast of Chile, the archipelago of Chiloé rises from the Pacific—a region distinguished for its rolling countryside, large wool-producing community, and the birthplace of the country’s salmon industry.

The arrival of the missionary Jesuits in the 17th century brought a distinct architectural style of churches. Combining building techniques from Spain with Chiloé’s ancestral carpenters’ wooden boat construction, they fashioned nailless churches.

In place of iron nails, reinforced wooden joints hold the buildings in place, mimicking the techniques used for the construction of ships. Unlike classical Spanish colonial buildings that used Baroque and Renaissance architecture and imported materials from Spain, the churches are made from locally sourced Larch and Cypress wood from the islands. This all-wood technique is believed to have provided insulation from the southern Chilean chill.

Tagged as: CL - Churches of Chiloé