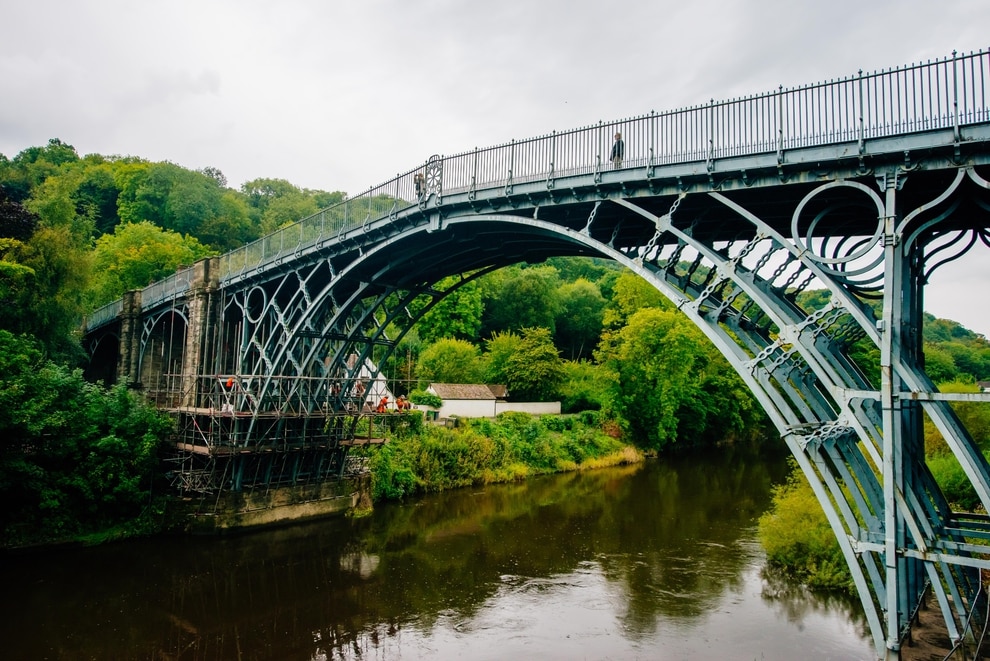 Scaffolding is continuing to spring up at one of Shropshire’s most iconic structures as part of a major restoration project.

Workers have been on site at the Iron Bridge, preparing the structure for the restoration work.

The project, the largest of its kind by English Heritage, will stop cracking on the bridge in the centre of Ironbridge.

The world’s first iron bridge was completed in 1779 and opened to traffic in 1801. It became a Unesco World Heritage Site in 1986 and remains an iconic feature of Britain’s industrial past.

But after standing for centuries, the bridge is in need to repairs to cracking, caused by ground movements.

The Iron Bridge was the first single-span arch bridge in the world to be made of cast iron and was a turning point in engineering.