The two Cathedrals of Salamanca, seen from a drone; Daniel Esparza; Aleteia 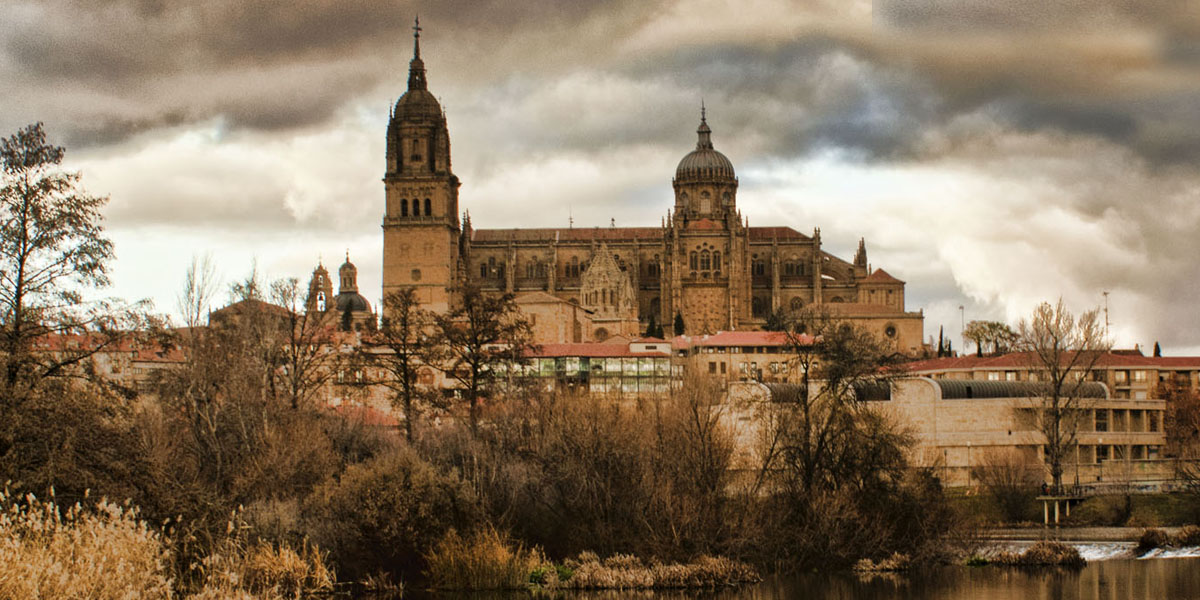 A very special 5-minute tour of two of the most beautiful Iberian cathedrals.

The Spanish city of Salamanca, a UNESCO World Heritage site, is home to one of Europe’s oldest universities. Here, in the 16th century, the Dominican School helped develop concepts — the right to life and the dignity of the human person, the right to own property, and the right to freedom of thought — that became fundamental to Western law and philosophy.

One of the epicenters of the intellectual Iberian renaissance, and most likely the cradle of the great Spanish literature of the Siglo De Oro(“Golden Age”), Salamanca has not one but two majestic cathedrals: the Old and the New, connected like conjoined twins. The Old Cathedral, built in Romanesque and Gothic styles, took two centuries (from the 12th to the 14th).