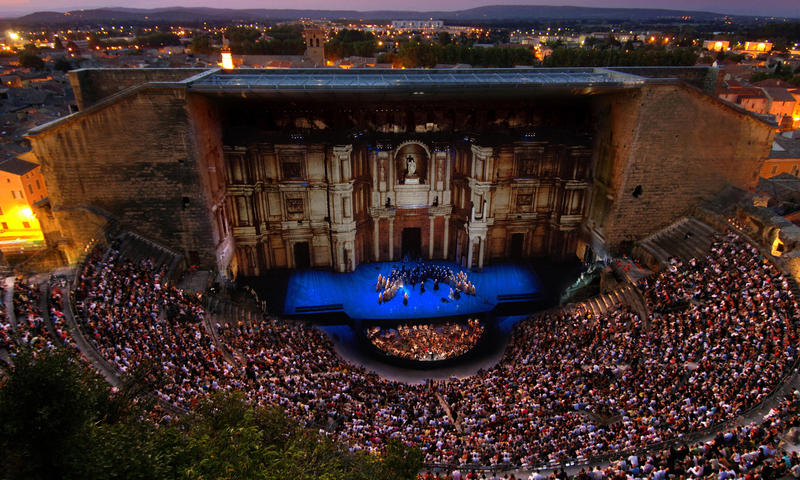 Tips for the travelers.

This historical Roman theatre in France has been built in the first century. The UNESCO World Heritage site, carved into a hillside in Provence, can fit 10000 spectators on its stone seats. Nowadays, the theater sees mostly operas and hosts the world-famous annual festival of Les Chorégiesd’Orange. The first two rock bands to perform at the venue were the Dire Straits and the Cure.

The Cure gig was filmed in its entirety by Tim Pope.

National Centre for the Performing Arts

The National Grand Theatre, or The National Centre for the Performing Arts (NCPA), is one of the 4 most important landmarks in Beijing. The titanium-and-glass ovule that appears to be floating on water, is often compared to an egg.

Tagged as: FR - Roman Theatre and its Surroundings and the "Triumphal Arch" of Orange