One of Africa’s best kept secrets – its history; BBC News 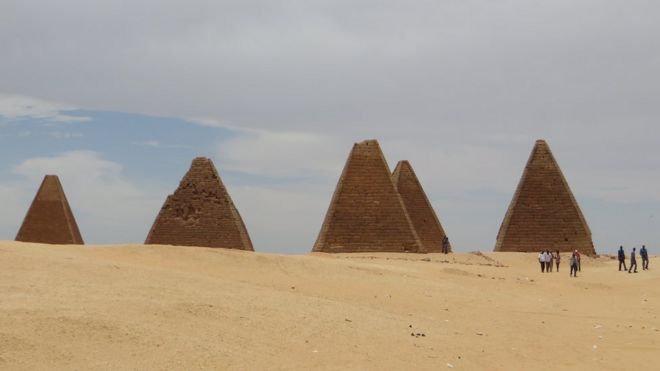 Sudan – Gebel Barkal and the Sites of the Napatan Region

Africa has a rich and complex history but there is widespread ignorance of this heritage. A celebrated British historian once said there was only the history of Europeans in Africa. Zeinab Badawi has been asking what is behind this lack of knowledge and looking at the historical record for an African history series on BBC World News.

The Great Pyramid of Giza in Cairo is rightly considered one of the seven wonders of the ancient world. But travel further south along the River Nile and you will find a thousand pyramids that belonged to the Kingdom of Kush, in what is now Sudan.

Kush was an African superpower and its influence extended to what is now called the Middle East.