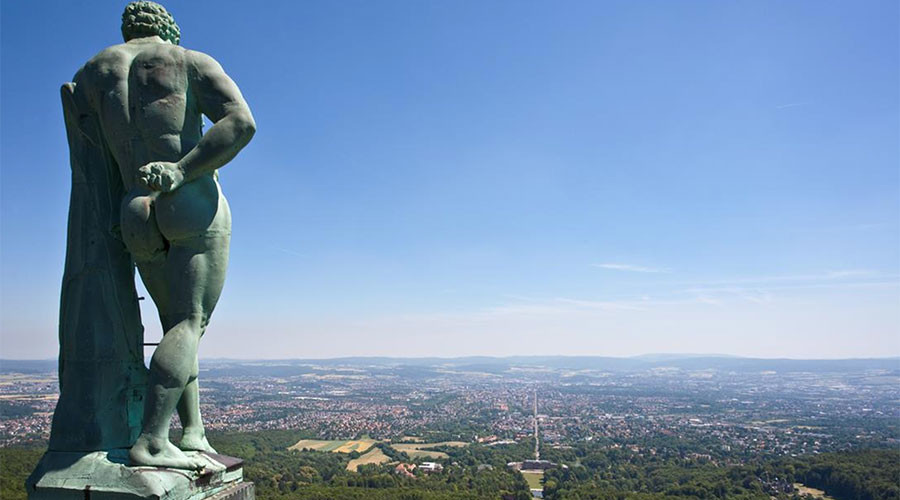 Facebook has banned the images of a statue of Hercules in Germany’s Kassel, the crowning jewel of a UNESCO World Heritage Site, until its custodians mounted a spirited online defense of the iconic monument.

The tourist board of Bergpark Wilhelmshöhe, where the 12-meter statue is stationed atop a hill dominating the landscape, were going to use a rear-facing image of the muscular bronze demigod in an advertising campaign to draw more visitors to the landmark.

But despite the monument featuring in hundreds of guidebooks, it was rejected because the image violated the US social network’s advertising guidelines.