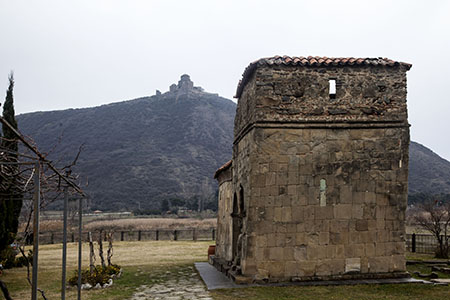 Some of Georgia’s most cherished monuments will be protected in case of conflict after a special meeting of UNESCO granted three sites in the country’s ancient capital Mtskheta the status of ‘enhanced protection’ earlier today.

The decision was made at a special meeting of the UNESCO Committee for the Protection of Cultural Property in the Event of Armed Conflict, which convened in France’s capital Paris , from December 8-9.

The committee accepted Georgia’s submission for granting the status to Historical Monuments of Mtskheta – a complex of three sites in Georgia’s ancient capital.

The monuments include the 6th Century Holy Cross Monastery of Jvari, located on a hilltop just outside the city as well as the 11th Century Svetitskhoveli Cathedral and Samtavro Monastery.